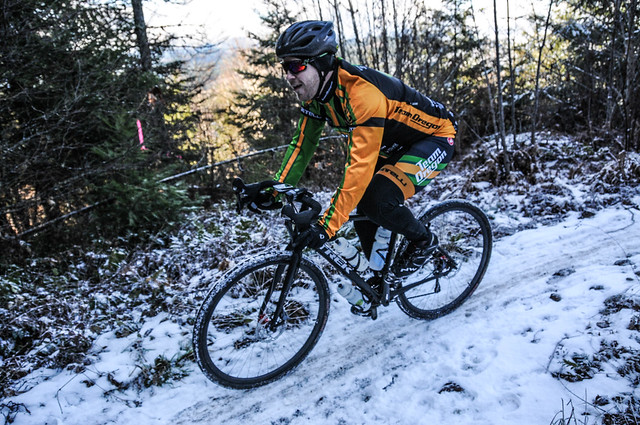 On Saturday, I went on my first epic adventure ride of the year, the Timber Logjam.

On Saturday, I went on my first epic adventure ride of the year, the Timber Logjam. It’s an unsanctioned group ride with a route put together by unpaved+omtm.

Apparently it’s been too long since I’ve done any real gravel riding and big climbs. I saw “50 miles” and thought “3-4 hours” based on what I’d be doing on an easy road ride this time of year.

Ha! Six hours later, with several hills spent pushing my bike up while trying not to collapse on my severely cramping quads, I realized I wasn’t quite ready for that yet this season (my longest rides otherwise this year have only been maybe 2.5 hours or so with the exception of one team ride that had less than half of the elevation gain and was all paved.)

At about mile 28, my legs were completely done. If I put more than the barest amount of force into the pedals, my quads seized up. For extra fun, if I tried to put my foot down and stop, my quads also seized up. Well, since it was either finish the ride or die in the woods, I just had to push through every agonizing stroke of the pedals on the climb up to Carson Creek Rd. Thankfully my legs eventually resigned to their lot, and the final 20 miles or so weren’t quite so agonizing.

For some more details on and pictures of the ride, see: