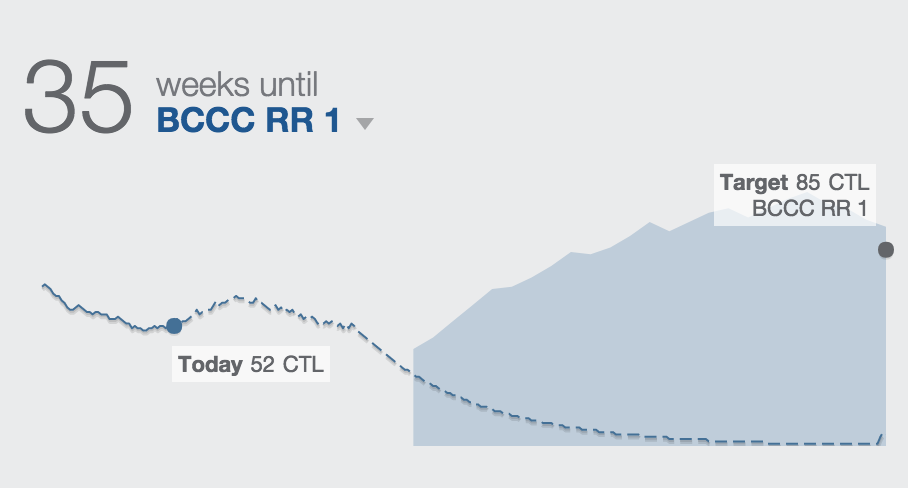 I had so much fun at this year’s BCCC that I am orienting my 2018 season goals around next year’s edition.

This past summer, I participated in my first-ever stage race, the Baker City Cycling Classic. I helped arrange a large rental house in Baker City for Team Oregon to stay in, and we had maybe 15 or so team members taking up residence for the long weekend of racing. It was both the most challenging and the most fun road-racing I have done since joining the team. Not only for the races themselves, but also (maybe even primarily) for the opportunity to hang out with and learn from some of the much more experienced racers on our team.

As for the races themselves…I didn’t do so great. It was partially a lack of fitness (relative to my competitors), partially not being used to riding at the much higher elevation, and partially that I went into the weekend slightly dehydrated—and there was no way to catch up on hydration while also racing every day in that arid environment.

The race consisted of five separate stages over three days:

This was a 40 mile road race with about 1500 feet of climbing. I was feeling good as we started off the race, but when we hit the first climb, my heart-rate shot through the roof way beyond what I expected for my power output. I had never raced at higher elevations before, and didn’t realize how extreme the impact was going to be. I red-lined and got dropped hard (though I at least was not the first person to get droppped.) I rode the rest of the race mostly on my own, working briefly with a few folks here and there that also got dropped and subsequently caught by me.

The second stage, taking place in the evening, was a one mile, uphill time trial. I never expected to do well at this one, because at 190 lbs and around 20% body-fat…let’s just say going up was not my forte. I did the best that I could, and my lungs were completely on fire by the time I crossed the finish.

Saturday morning started off with an 11 mile individual time trial over relatively flat terrain. I started with a bit of a disadvantage here, because I do not own a time-trial bike, and most of my competitors were on time-trial bikes. Thankfully my 2017 Trek Madone is at least an aero road bike, and I am comfortable riding in a very aggressive position, although there is unfortunately no way to even attach clip-on aero bars to its integrated handlebar/stem combo.

The most memorable part of this stage was the guy who was starting just behind me (who was on a proper TT bike, wearing a skin-suit and aero helmet, etc) yelling out, “Run, rabbit, run. Gonna catch you!” as I took off. I mean, seriously, what an asshole. I was just like, “No shit, Sherlock.”. I got the last laugh, though, because as I was coming down the last stretch of road to the finish, I passed him by, walking his bike to the finish due to a flat. Karma will kick your ass eventually.

On Saturday evening, it was time for the criterium stage. I had never ridden a criterium before, and (from what I had heard) this is one of the most dangerous road-cycling events, so I was pretty nervous going in. Damon and I walked and rode the course ahead of time to make sure we got a good look at all of the corners and knew where we wanted to be positioned. I think that I probably could have done better at this stage, but given that I was already way out of contention for anything overall and didn’t think I had much of a shot at placing in this event, I let myself hang towards the back of the pack, so that I wouldn’t end up making some rookie mistake, crashing, and taking out someone who had a real shot at things.

I ended up being pulled prior to the final lap (which they do for safety if a rider is going to get lapped by the leaders prior to the finish). I placed 20th/24 with an official time of 26:21, which was 01:16 behind the stage winner.

Later in the evening, I got to be a spectator on the sidewalk as the Pro/1/2 fields raced. This was also my first time watching a criterium in person, and the speed with which these men and women went by was astounding. With other fields, it seemed like you could have an entire conversation in between watching the leaders come around each lap, but with these folks, you barely had time to get a few sentences in before they came whizzing by again. Simply amazing. But it did underscore the danger of this event: one of our teammates crashed out hard enough to completely destroy his bike. (Thankfully his own injuries were less severe; he even rode Sunday’s stage on a borrowed bike.)

On Sunday morning, it was time to line up for the event’s queen stage, an 84 mile road race with over 6.6k feet of climbing—the majority of that in one final, brutal climb up to Anthony Lakes.

The first part of this stage was identical to stage 1. I already knew I wouldn’t be doing well on the stage, given the way I got dropped on stage 1 and adding the fatigue from the previous four stages. We had our man, Jason Whitley, in the leader’s jersey to start this stage, so Damon and I both decided we would work for him as long as we possibly could at the beginning. This turned out to be the right call, because other teams were doing their best to keep Jason on the front and wasting energy during the relatively long and mild start up and over the (same) first climb. Damon and I went to the front right away, and we set the pace all the way to the base of that climb, keeping Jason from having to come to the front or worry about chasing anything down. (Jason later told me that other riders were asking him if we were just going to pull all day.)

I peeled off at the start of the first climb after lifting the pace quite a bit, and let the better climbers get around me. At this point I thought “job done for the day” and was going to be content with even finishing this brutal stage. To my surprise, I managed to stay in contact over the climb this time, and I did not have quite the same “system shock” reaction that I did in stage 1.

As we hit the long descent, I was in the back of the group. Between my weight, the fact that I can get very aero, and my generally good descending skills, being in the back here was super annoying. Most of the pack was on the brakes way too much, and I kept having to slow behind them, just waiting for someone to touch wheels ahead and cause a pile-up. At this point, I thanked past self for going road-tubeless with 26c tires and decided to pass the field on the gravel shoulder as we descended. Once I got past them, I was able to easily accelerate away from the field for the day’s first breakaway attempt (I knew it wouldn’t last; I just wanted to have a safe descent.) One other rider grabbed my wheel, and we worked together to put a descent gap on the field over the remainder of the descent and a couple of rollers. Then, at the lowest point before the penultimate climbing section, we were caught, and the field paused for a nature break.

At this point, I had burned my matches, and I watched the field slip away from me as we hit the next big climb. I continued to ride on my own for quite some time, but I ended up running out of water in between the first and second feed zones. Because I was so far off the back at this point, and we were the last field to start, I didn’t have any vehicle support behind me to provide water. There would be a sweeper car at the end of the day, but it would probably be hours behind me. I decided that I did not want to risk sitting in the desert heat on a shadeless section of road for over an hour with no water, so I called it quits at feed-2, jumped into a vehicle, and caught a ride to the finish line. I was disappointed to DNF after working so hard for the previous four-and-a-half stages, but it was the right call to make for my own safety.

Despite the disappointing ending, I had so much fun at this year’s BCCC that I am orienting my 2018 season goals around next year’s edition.

My top goals for the season are:

My primary plan for meeting these goals is:

The reason for #2 is that the power-controlled training (I use Trainer Road along with a Wahoo Kickr) will help ensure that I am adequately training to improve the areas that are most holding back my performance. Outdoor riding will primarily be long team rides on Saturdays, Tuesday-night racing at PIR starting in mid-April, and the occsional “it’s too nice today to not ride outside” recovery ride interspersed with planned training.

Between now and the beginning of the 2018 plan year, I am keeping myself in shape with cyclocross racing on the weekends and some interval work on the trainer during the week.